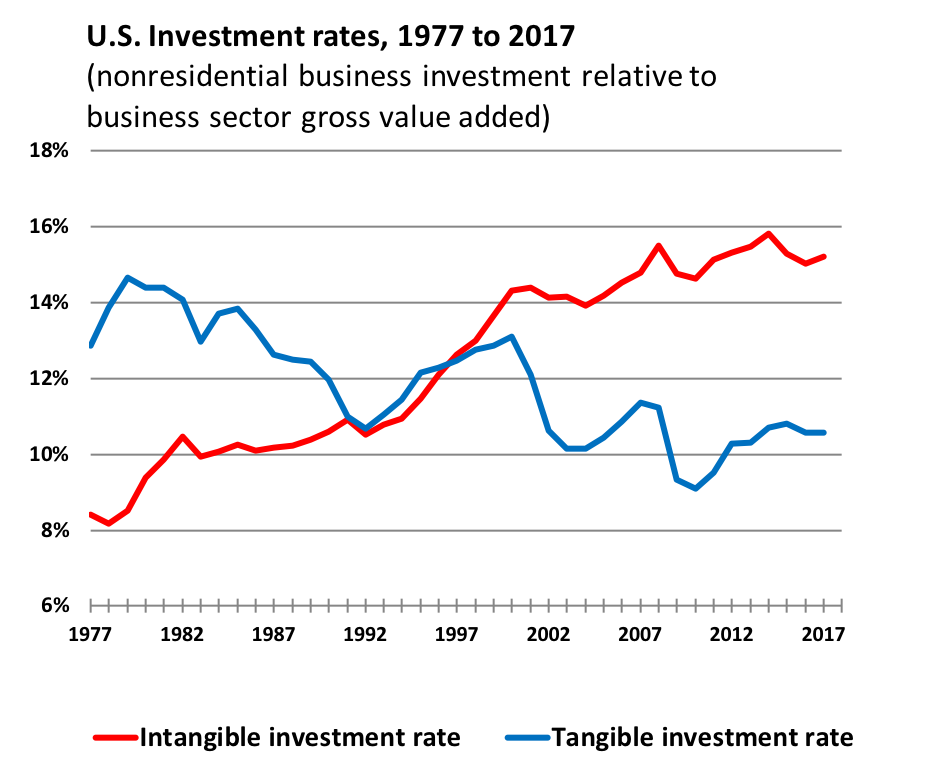 Source: Unpublished update to Corrado and Hulten (2010) using methods and sources developed in Corrado and Hao (2013) and in Corrado et al (2016) and Corrado et al (2017) for INTAN-Invest© and the SPINTAN project, respectively.
The SPINTAN project was funded by the European Commisson FP-7 grant agreement 612774.
Notes: these U.S. estimates of intangible investment cover the business sector, similar to the coverage of the Bureau of Labor Statistics multi-factor productivity measures. They differ from the U.S. INTAN-Invest estimates, which are harmonized with estimates available for the EU.
INTAN-Invest covers the total economy save NACE industry sectors O, P, Q , T and U.
The U.S. National accounts data used to develop these estimates are as of August 31, 2018.
Data: Intangible Chart September 2018